From the moment he bought Twitter in October, Elon Musk has seemed intent on using his new acquisition to wage war on the tech industry’s prevailing culture. He slashed the company’s workforce in half, got rid of long-established perks like free lunches and home internet, and warned those who remained that they would be working “long hours of high intensity.” He converted offices into sleeping quarters for “tired” employees and threatened to fire anyone who wasn’t “hardcore” enough. “Only exceptional performance will constitute a passing grade,” Musk declared in an after-midnight email to employees.

This was something new in Silicon Valley: a tech executive seeking to crack the whip on his employees, rather than wooing them with lavish benefits and enthralling mission statements. Musk’s path of destruction sparked an immediate outcry. “Elon Musk has no idea what he’s doing with Twitter,” Farhad Manjoo scoffed in The New York Times. Musk treats people like “collateral damage,” said the workplace expert and author Jenn Limm. “You’re a union buster with an ego problem,” Rep. Alexandria Ocasio-Cortez clapped back at Musk, “who pockets the change from underpaying and mistreating people.”

But there’s one group, almost unnoticed in the midst of the online firestorm, that has been cheering Musk on from the sidelines: other tech executives. To founders whose own companies grew too quickly during the tech boom, Musk offers hope that it might be possible to reduce the bloat as a recession looms. “@elonmusk’s moves at Twitter are inspiring founders who are making tough decisions in the recent economic downturn,” Andrew Chen, a general partner at Andreessen Horowitz, tweeted recently. “I’ve heard from many founders who are cutting fat, making big product moves, and getting hardcore — and not afraid. A new playbook is being written in real time.” To some founders, Musk is simply a monstrous version of the executive they wish they could be.

In interviews with Insider, founders and investors acknowledge privately that they are looking to Twitter as a case study of efficiency. (All spoke on the condition of anonymity, to avoid a backlash from their employees.) If Musk can run his social network on half of its previous staff, they say, perhaps their companies can, too. “It’s not a bad look to make the tough call, because everyone is making the tough call,” says the founder of a large startup whose investors are urging him to cut the fat and slow hiring. “Elon is the most extreme example of that so far, but this is what a lot of smart companies are doing.”

Over the past decade, as the tech sector surged, so did employment. From 2009 to 2019, according to an analysis of federal labor statistics by the industry nonprofit CompTIA, the tech sector expanded by 2.3 million new jobs. The rapid growth stretched the labor market thin, forcing companies to pile on perks to land talented candidates. Free meals became table stakes. Employees enjoyed nap pods, travel stipends, onsite acupuncturists and massages, free dry cleaning, and nitro cold brew by the keg. “The question wasn’t: How do we get the best out of our employees?” says one founder based in New York. “It was: How can we be as nice as possible to our employees?”

During the pandemic, a new wave of startups only ratcheted up the extravagance. As investors heaped pressure on companies to grow quickly, founders say, the blitzscaling that followed set off an arms race of perks to attract top talent. Employees were permitted to work from home and set their own schedules. They pocketed wellness stipends and trotted the globe on extravagant off-sites. The tech startup Bolt gave almost of its employees Fridays off.

“When there’s too much easy money, it’s very natural to take your eye off the ball — to get complacent, to spend money on things that are extraneous,” says Eric Ries, an entrepreneur and author of “The Lean Startup.”

Then came the crash. As private markets dried up earlier this year, the flow of venture capital slowed. Suddenly, startups were rushing to cut costs and stretch their budgets. The tech executives who had lavished high salaries and fancy perks on their employees were left to figure out how to reset expectations.

At Twitter, Musk has done so through brute force. In short order, he wound down remote work, ended staff allowances, and turned offices at Twitter’s headquarters in San Francisco into bedrooms fitted with wardrobes and washing machines. Companywide “days of rest” disappeared from the calendar. To employees, it was terrifying and bewildering. To some outside executives, it was cause for celebration. The days when an employee could complain about “the quality of toilet paper” at an all-hands meeting, crowed the former Facebook executive David Marcus, “have come to an end.”

Others sounded an equally triumphalist note. “Whether they admit it or not, everyone in SV admires Elon,” tweeted Gavin Baker, a managing partner and chief investment officer of Atreides Management, a $3 billion hedge fund that makes bets on both private and public companies.

“100%” replied Bill Gurley, an early Uber backer who has balked at what he sees as tech’s cushy conditions. “We wandered to a place where most companies quit aspiring to be performant. Glad that is over.”

Musk’s slash-and-burn approach gives tech executives cover for making unpopular decisions. Founders tell Insider they’re getting rid of costly off-sites and corporate swag over the holidays. One says he recently eliminated a meal stipend that was introduced for remote workers during the pandemic. Now, those who want a free lunch have to come to the office in San Francisco. Employees pushed back, but the company held firm.

“In the past it was like, if you don’t like the job, you can jump ship and go somewhere else,” the founder says. “From an employer perspective, you had to hold on tighter to your employees.” But now, as tech companies cut back to prepare for a recession, the “rough waters out there” have forced his staff to “reevaluate” their demands.

“I’m personally excited for this reset,” the founder says. 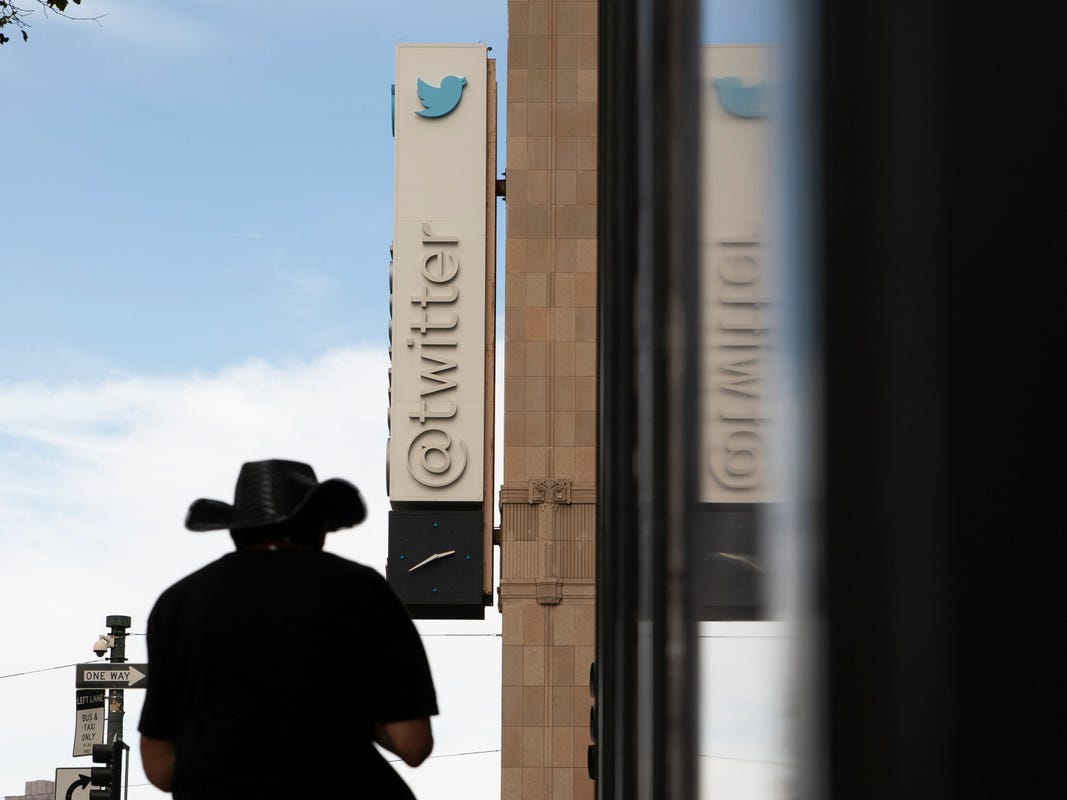 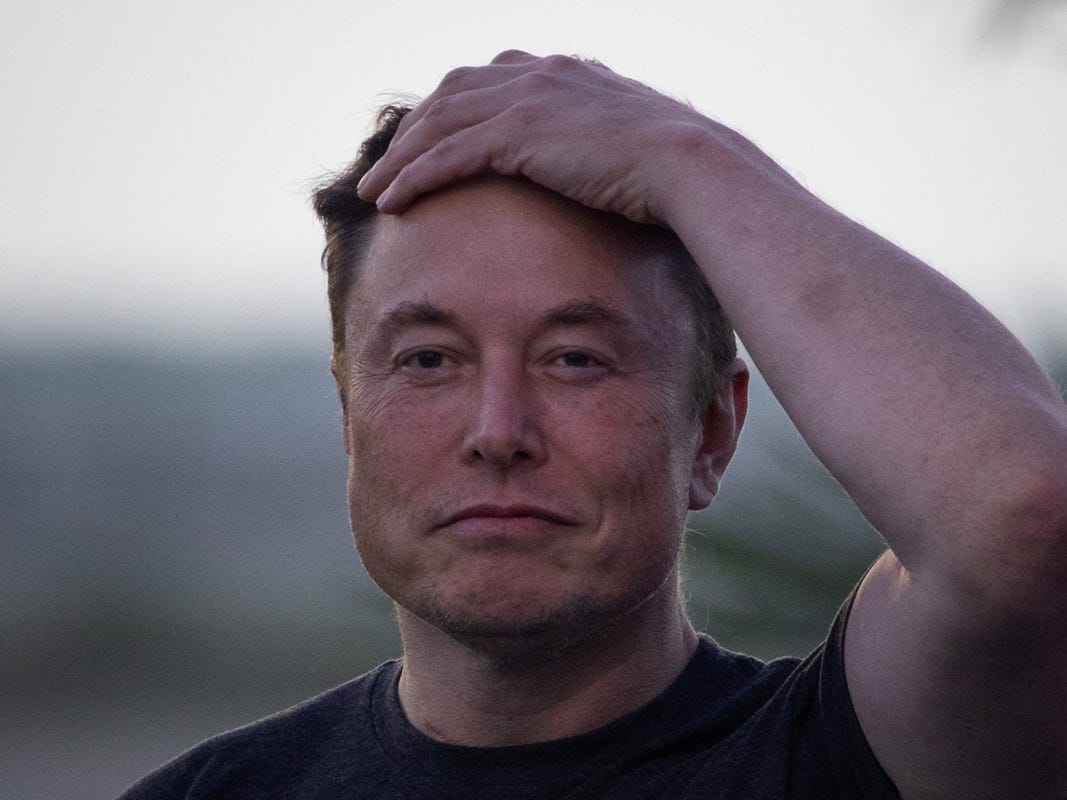 A year ago, says the founder of the large startup who’s feeling pressured by investors, he might have kept a low performer on the payroll because a red-hot labor market would have made it difficult to fill the role. But now, after a year in which nearly 100,000 tech workers have been laid off, he wouldn’t hesitate to fire someone who wasn’t pulling their weight. “There isn’t a surplus of tech jobs anymore,” he says. “You are having to try a little bit harder, and that shifts power back to the employer.”

That pattern is repeating itself across Silicon Valley. A partner at a legacy venture-capital firm says she is seeing more tech executives “weeding out low performers” as they turn up the pressure on teams to execute. “Everyone is fighting for their right to exist,” she says. “Their probability for success is going up because of that.”

Another founder, who took in more than $100 million in venture capital during the pandemic-fueled boom times, says he’s now calling on his employees to increase their output — without hiring more people to pitch in. The economy has changed, he tells them, and so have investor expectations. “We have to do more with less,” he says.

Such messages echo, albeit in gentler terms, the my-way-or-the-highway rhetoric that Musk is deploying at Twitter. Even those who speak of Musk in admiring terms recognize that they have to tread carefully in resetting workplace norms that have developed over the past decade. The founder who is pushing to increase output, for instance, says he couldn’t pull off Musk’s brutal tactics without inciting a revolt.

But the good news, he adds, is that he may not have to. The reason? As long as his employees see what Musk is doing at Twitter, they’ll be too afraid to push back against more work and fewer benefits. Musk’s boldness, the founder says, “just creates a higher bar.” Which is another way of saying that the kind of sweeping reset that Musk is implementing at Twitter could soon be the new normal for the rest of Silicon Valley.

Melia Russell is a senior correspondent at Insider.