Scribe Security today unveiled a Scribe Integrity tool that scans software artifacts to make sure they comply with IT organizations’ security policies before they are integrated into an application.

The Scribe Integrity tool authenticates open source and proprietary source code before it is uploaded into a build. It assumes that all artifacts are “guilty” until they can prove their innocence, said Rubi Arbel, CEO of Scribe Security. That approach makes it possible to ensure the integrity of the overall software supply chain is maintained in a way that doesn’t adversely impact the productivity of developers, he added.

In addition, the company launched GitGat, an open source policy-as-code tool based on Open Policy Agent (OPA) agent software that enables DevOps teams to periodically run reports that surface insights into the security posture of code residing in GitHub repositories.

Arbel said that, in time, GitGat’s reach will be extended to add support for additional continuous integration/continuous delivery (CI/CD) platforms. 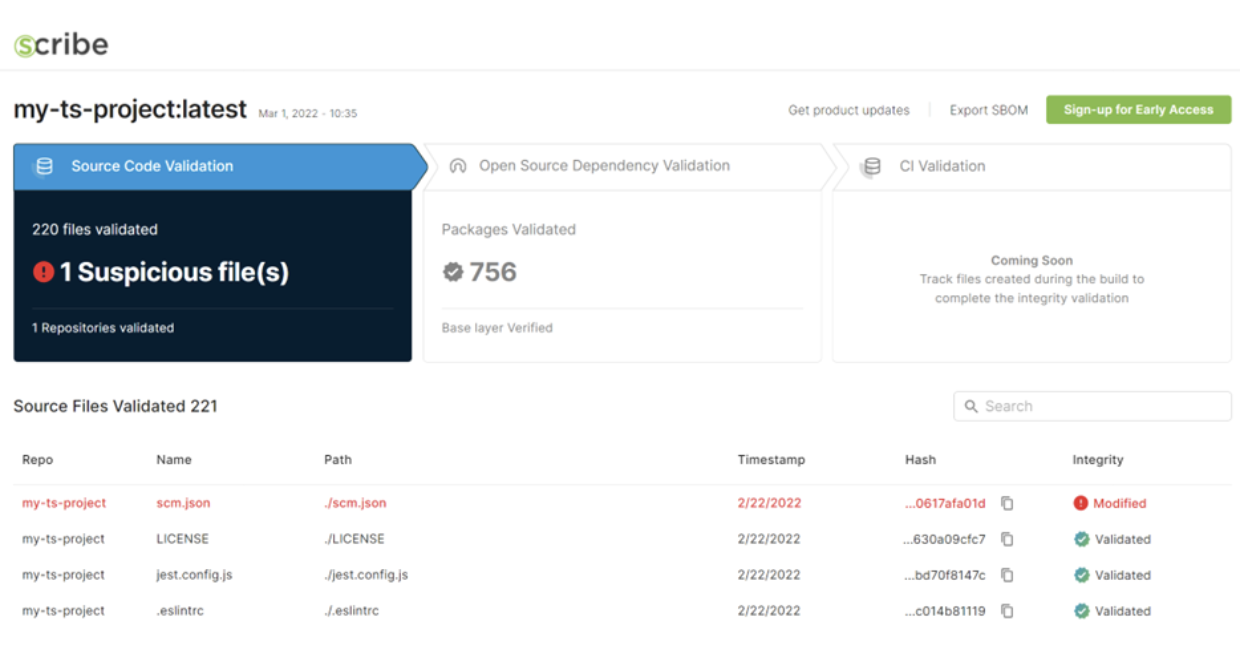 The first release of Scribe Integrity addresses Node.js code and the npm package manager with support for additional types of code planned.

The Scribe Integrity tool also identifies all dependencies to enable DevOps teams to generate an accurate software bill of materials (SBOM) as each software artifact is included in the application, he noted. That’s critical because it enables developers, IT operations and cybersecurity teams to simultaneously see what artifacts, including containers, make up an application, noted Arbel. In the future, the company plans to make available a Scribe Hub that will make it easier to share insights into those software artifacts, he added.

A series of high-profile security breaches clearly demonstrated cybercriminals’ skill at injecting malware into software artifacts and compromise any application that incorporates that artifact into an application. That malware can then be activated at some later date to potentially compromise any number of downstream applications.

Those incidents resulted in a greater appreciation for DevSecOps best practices to maintain the integrity of software supply chains. The issue that DevOps teams are trying to address is how to build more secure applications without slowing down the rate at which those applications are built and deployed. As such, DevOps teams are adding tools to the application development process that make it easier for developers to scan code before it is included in an application and verify the integrity of any software component that becomes part of a DevOps workflow.

It’s unknown how long it may be before the adoption of DevSecOps best practices has a meaningful impact on application security. However, waiting to focus on security until after an application has been deployed is way too late. Cybercriminals today can discover flaws and misconfigurations in applications in a matter of minutes. As more applications are deployed, developers can find themselves spending more of their time fixing vulnerabilities than they do writing new code. A new approach to building applications that are secure from the ground up is clearly required.